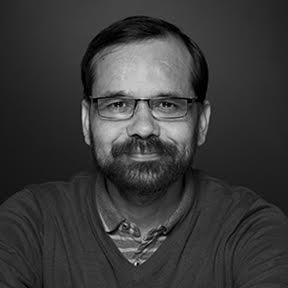 Ajay Kumar Tiwari earned a postgraduate degree in botany, specialising in Plant Pathology from Government College of Science, Raipur. He worked as an animation artist for three years in the areas of educational content development, animated television series production,industrial animation and web animation. He has also taught undergraduate students at the School of Life Sciences at MATS University, Raipur for a year, before he enrolled into the Animation Film Design discipline at NID in 2004.

Ajay joined NID as a faculty in 2008. He has been teaching various disciplines at the institute which include Animation Film Design, Film and Video Communication, New Media Design, Graphic Design, Design for Digital Experience, Toy and Game Design, and Foundation Studies. He has taught courses such as Screenwriting, Film Language, Experimental Animation, Sequential Narrative (Comic Book/Graphic Novel) Design, Elements of Moving Images, Media and Technology and Animation Production using Flash. In 2007 and 2009, Ajay headed the team that was instrumental in bringing and preselecting students’ films from animation schools around the world to Chitrakatha, the international students’ animation film festival held at NID.

His research interests include experimental animation as well as applied aspects of the medium of animation in the areas of education, medical, and social communication. He mentored IEEE students of Dhirubhai Ambani Institute of Information and Communication Technology (DA‐IICT) to conduct the Animation and Design track during Summer School 2011 at DA‐IICT, Gandhinagar. Ajay also conducted a workshop on Animated Storytelling at the Indian Institute
of Information Technology, Allahabad in 2009.