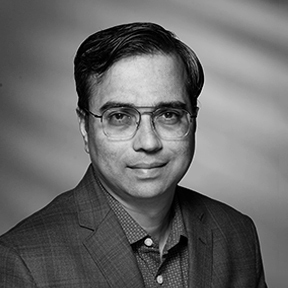 Praveen Nahar is the Director of National Institute of Design (NID) Ahmedabad with its extension campuses in Gandhinagar and Bengaluru. He has also been a faculty member in the Product Design discipline at NID since 2002.

Nahar studied Production Engineering at the undergraduate level; he did his master’s in Industrial Design from the Indian Institute of Technology (IIT) Delhi, in addition to pursuing a postgraduate course in Sustainable Design from Delft University of Technology, Netherlands. He has over 23 years of experience in design teaching, consultancy, and research. Prior to joining NID, he was a lecturer in Industrial Design at IIT Bombay for 4 years and also worked as a research associate in Transportation Research at IIT Delhi for 2 years.

Nahar has been on the institute’s Senate and Policy Planning Committee for several years and has served in various positions at NID as Activity Chairperson of various departments such as: International Programmes, Research & Publications, Knowledge Management Centre, and Design Consultancy Services; he was also the Vice Chairperson of Outreach Programmes and Head of the Design Vision Centre at NID. He also has been a member of various committees and advisory groups at NID.

He taught extensively in the Product Design discipline for several years and was also the Discipline Lead of the same. Nahar has also been the lead and mentor for the Transportation & Automobile Design discipline during its formative years at NID.

His range of academic and professional interests include: Systems Thinking in Design, Design Thinking, Sustainable Design/Green Design, Design in the Public Domain, Social Design, Appropriate Technology, and Strategic Design to name a few.

Nahar has been involved in various research projects and consultancy projects at both the micro and strategic levels in various domains of the industrial and social sectors. Some of the significant ones includes; Diagnostic Studies and Institutional Frameworks for Crafts in Uttarakhand, Madhya Pradesh, Gujarat & Madhya Pradesh. He worked on many projects with Amul Dairy Cooperative ranging from designing packaging of value added milk products & milk distribution service. He made significant contribution towards designing Mumbai Suburban Trains and Mumbai Monorails apart from working on several other important projects for the Indian Railways which led to the setting up of the Railway Design Centre (RDC) at NID.

He has been actively involved with academic projects with students concerning Systems Thinking and Design which involves projects with complex issues and problems ranging from healthcare to mobility.

He has travelled widely and presented his views in various forums and conferences as the keynote/plenary speaker and conducted design workshops and seminars in the areas of Systems Oriented Design, Sustainability, and Design Thinking overseas. Nahar has been the key contributor, has served as the jury member of national/international competitions, and has also been part of scientific committees of conferences, academic, and advisory boards of institutions.